IMST GmbH (IMST; www.imst.com) is a SPECTORS partner who specializes in radio technologies and microelectronics. Their focus in the project is to develop and implement a radar module into surveillance systems.

Radar as a component in on-premise surveillance

When compared with the traditional camera surveillance system, radar has its advantage especially in public places where the personal rights of pedestrians should be respected. In addition to providing privacy, the radar module is also weather and light independent.

In cooperation with another SPECTORS partner Obtrasec, IMST is currently developing a surveillance system where the video camera is triggered only when the radar detects a human. The system also consists of spotlight and weather-resistant housing and has the capability to send alarm messages to the designated control room. The two technologies can also be used separately, but the combination can reduce false alarms since more data can be collected.

Three pilot tests were carried out since 2018 to optimize the radar module for different distance ranges with different sensitivity. The test campaigns demonstrated promising results despite the time-consuming validations.

IMST has also developed a web-interface for easier communication with the system. Just like a “Web-Cam”, registered radar modules and video cameras can be accessed from any internet browser via their IP addresses and communicated with corresponding IP commands.

To realize a fully functional radar-triggered surveillance system with low false-alarm rate IMST is going to continue analyzing the false-positive and false-negative results from the current test sites. They also planned on testing the influence of different radar modules and firmware in combination with various camera and sensor systems such that the system can be implemented in different scenarios.

The SPECTORS project gave IMST and OBTRASEC the great opportunity to bring the radar observation technology a big step forward. Great efforts have been made to significantly increase the technology and business levels towards a common product in future. The partners particularly appreciated the intensive technical discussions and ideas with the consortium. Project meetings were always characterized by an open-minded atmosphere. 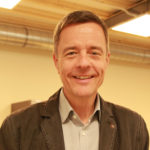